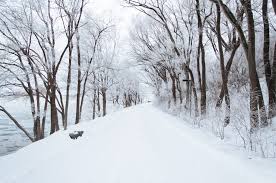 I don’t like to complain because it’s pointless. But let me vent for you.

If you live somewhere warm, congrats. If you don’t, let me share with you why I hate “Climate Change”. It’s not because of species dying or the arctic melting. It’s much more personal.

The temperature outside my house is hovering around -10 degrees, including windchill. Yes. -10 degrees. Even with my car’s heat on full blast it’s still freezing. Which means if I want to drive anywhere or do anything, I need to bundle up like the arctic.

It’s total bullshit. It’s March. Let the flowers sprout and snow melt. Blasts of razor cold wind dries my skin and I feel like a captive in my own home.

So what about Climate Change, you ask?

I’m 99% confident if the world noticed climate change on a personal level they’d become overnight believers. Maybe it’s their house being flooded or their crops turning brown. It doesn’t really matter. A theory is just a theory until it happens to you. Then it’s personal.

And it’s already happening. This Tuesday, Massachusetts is expected to receive 12-18 inches of snow. Try to explain that to climate skeptics.

I’m not advocating you flood a house of spoil crops, because I’m not crazy. That being said, if global warming is as dangerous as the majority of scientists suggest, I’m afraid that people won’t care until it’s too late.

Fear is the best persuader. And if climate scientists want to convince a scared public, they better get to it. And quickly.

View all posts by parkernathans